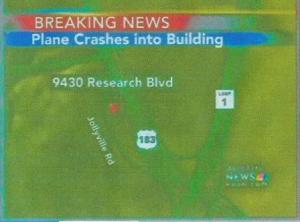 Thank Heaven he did not have a gun, he might have been dangerous.

Quick show of hands: Will the Imperial Feral Goobermint use this incident as an excuse to

After all, there were no Jihadists involved, just an ordinary American Sheeple so it should be safe for the beatings to continue until morale improves.

(Note to skeptics: this guy sounds a little like a lefty, and yet somehow he is unhappy with the American Way of Taxation)

While very few working people would say they haven’t had their fair share of taxes (as can I), in my lifetime I can say with a great degree of certainty that there has never been a politician cast a vote on any matter with the likes of me or my interests in mind. Nor, for that matter, are they the least bit interested in me or anything I have to say.

Why is it that a handful of thugs and plunderers can commit unthinkable atrocities (and in the case of the GM executives, for scores of years) and when it’s time for their gravy train to crash under the weight of their gluttony and overwhelming stupidity, the force of the full federal government has no difficulty coming to their aid within days if not hours?

And justice? You’ve got to be kidding!

My introduction to the real American nightmare starts back in the early ‘80s. Unfortunately after more than 16 years of school, somewhere along the line I picked up the absurd, pompous notion that I could read and understand plain English.