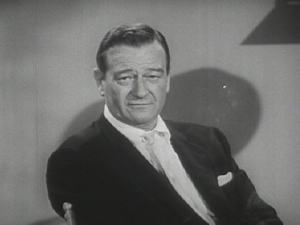 For the third time in as many days Frank W. James has posted on the topic of “interweb anonymity” on his blog. (Click Link HERE)

In his most recent reflection he kindly included some of my observations about the nature of Anonymous Constitutional Debate and concluded with a question:

What did they (the anonymous ones) achieve when compared against those who stood tall, identified themselves and in some cases literally put their necks in a noose by taking OWNERSHIP (sic) of what they wrote?

While I cannot imagine exactly how a burr got under Mr. James’ saddle on this topic I have frequently been bemused by Internet discussions of anonymity vs. honor and integrity and believe a heartfelt question deserves a reasoned response.

Short story long: Zorro (CLICK LINK HERE or HERE) has been with us forever in one form or other and the Internet is just the latest venue where the inevitable occurs.

In some cases anonymity is simple pragmatism and in others an act of courtesy to the larger community.

If your name is John Jones or Jim Brown or Bill Smith you may be unable to sign on to message boards under your “real name” because “that handle is already taken” as is Jim Brown3681 or BillSmith555.

Adoption of a “handle” whether it be KrinklyTheGreat or Julius Caesar (apologies if those handles are in use, it was just an example) maybe the first time in your life you have interacted in a larger community with a unique identity.

Alternatively, Heaven forbid you are one of twenty five Jim Browns in Anytown, USA even down to one of five or six Jim W.Browns listed in the phone book and discover there is some clown on the Internet who proudly “owns” his opinion about NAMBLA under his “real name” which results in midnight phone calls to you, your wife and kids by some other clowns who either agree OR disagree with the views so eloquently expressed on the topic.

Really, you are just Jim W. Brown and you did not even know NAMBLA existed until the phone calls began and now you fervently wish your doppelganger would please, God, use a pseudonym to broach his Internet opinions and leave your family alone.

It surprises me Frank James as a gun writer and gun blogger would object to the current state of Internet Transparency.

After all, gun writers are supposed to have a heightened sense of situational and tactical awareness, hard and soft cover and etc.

Why object to a simple and obvious layer of protection? In an age when the rules of Victorian Etiquette have all but evaporated, the only barrier left between the great unreasoning masses and intelligent discourse is some modest uncertainty about the participants in a dialogue.

Realistically, no one is anonymous before God. As I am not a theologian I cannot say with absolute authority, but I believe the privilege of omniscient oversight of human affairs extends to Lucifer as well, so anyone who believes they must only wear a Ghillie Suit in public to protect themselves from the slings and arrows of outrageous rebuttal is either a fool or an idiot or both because there may at least two extra human entities prepared to provide balance in human affairs.

So if honor and integrity are the issue, rest assured Mr. James between God, Lucifer and the New Zealand Goat Herder with a laptop and wireless modem, the issue is well covered.

Truth be told, this society is awash with anonymity of the worst sort regardless of what an honorable individual may think and the Internet plays no role and integrity by any definition simply does not apply.

Ask Joe The Plumber what happens when you speak your mind on camera with a Presidential Candidate who disagrees with you. Some (anonymous) low level file clerk has immediate access to all your particulars- your full (real) name, address, phone number, income, social security number, family status, and etc. and proceeds to distribute it willy nilly to everyone, high and low, far and wide.

Information no one need have is now mysteriously available everywhere. Such is the high price of “owning” your opinion.

Consider the “routine” traffic stop. Anyone with some blue lights and a shiny badge thingy can halt your ordinary and routine use of a public road. If they are the real deal they have used the identifier (license plate) on your car to learn your name, address, gun possession status and etc. You, on the other hand, know nothing about them, their background, record or intentions.

Heaven forbid the traffic stop is not the real deal. You have just entrusted your life to a stranger with malicious intent.

In the meantime, forgive me, but I will shamelessly grasp whatever anonymity I can get, wherever and whenever I can get it.

Unilateral transparency stinks and is tactically unsound. Only a fool refuses to take cover when surrounded by hostile fire.

When anonymity is outlawed only outlaws will be anonymous.

To answer the question: What does anonymity accomplish?

The Federalist Papers authored by Publius (Alexander Hamilton,James Madison,John Jay) are widely credited with ensuring the ratification of the United States Constitution.

The Anti-Federalist Papers authored by A.B.,Agrippa,Alfredus,Americanus,Aristedes, Aristocrotis, AnAssemblyman, Brutus,Caesar,Candidus,Cato et.al are widely credited with ensuring the passage of the First Ten Amendments, commonly known as the Bill Of Rights.

Then, of course, there is the strange case of Willy Brandt. CLICK LINK HERE

In sum, an interesting question: what’s in a name? You be the Judge.