Normally I would be the first to join any effort to “shake my fist in the tyrant’s face” but two recent incidents of spontaneous Pledge Of Allegiance outbreaks at League Of Women’s Voters Debates gave me pause.

The Pledge Of Allegiance is one of those spooky weird artifacts of Americana that require close examination by any patriot, Three Percenter or Oathkeeper before they join or support mindless recitatives at various public functions.

END_OF_DOCUMENT_TOKEN_TO_BE_REPLACED

As was the case with Heller (CLICK LINK HERE) We,The Grateful, often forget the ordinary people behind the Right To Keep And Bear Arms both in the 18th Century and today.

Through no fault of his own Otis McDonald was just an ordinary retiree who found himself in a neighborhood very different from the one in which he and his family lived for many years.

END_OF_DOCUMENT_TOKEN_TO_BE_REPLACED 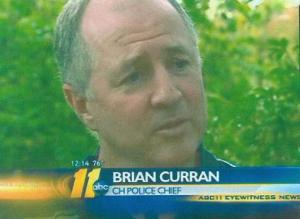 The YEAR OF THE GUN GRABBER continues in the formerly Great State Of North Carolina.

It began in February in King, NC when a few snowflakes prompted the Mayor of said burg to declare a State Of Emergency which suspended the possession and transport of weapons off private property.
CLICK LINK HERE

END_OF_DOCUMENT_TOKEN_TO_BE_REPLACED

In a remarkable video from the folks at Grass Roots North Carolina, 2nd Amendment Civil Rights Attorney Alan Gura outlines his experience with cases before the Supreme Court and details the missteps the NRA has made with their approach to 2nd Amendment Litigation.

Primarily, the NRA seems unable to distinguish between legislative lobby tactics and judicial litigation tactics with disastrous outcomes possible from the confusion.

END_OF_DOCUMENT_TOKEN_TO_BE_REPLACED

Our man Dave Ridley in New Hampshire updates the Oathkeeper Infant Kidjacking with all the latest details.

Will a Civil Suit be filed against the rogue CPS Bureaucrat who submitted a false affadavit to the Court?

END_OF_DOCUMENT_TOKEN_TO_BE_REPLACED

Maybe I have fallen behind on my mail, but I had no idea things were this far out of control.

My fading memory seems to recall mucho chatter about Veterans Disarmament a few years ago, but I thought the bill had been defeated and quietly disappeared.

Not so according to Gun Owners Of America.

Here is a GOA Alert about the current status of Veterans Disarmament.
CLICK LINK HERE

Those who want to claim that there is no “Veterans Disarmament Act” ignore, first of all, that up to 140,000 veterans have ALREADY BEEN DISARMED by using twisted interpretations of the federal code. That figure was released on August 1 by Congress’ own research team — the Congressional Research Service.

END_OF_DOCUMENT_TOKEN_TO_BE_REPLACED

The intrepid Dave Ridley is on the case and on the ground in New Hampshire with a Ridley Report Interview.

Hear in his own words from Johnathon Irish the account of the Government Abduction of his newborn child from the arms of it’s mother while still in the hospital as she recovered from labor.

Today mere association with an alleged Militia is sufficient for Protective Services to swoop in and kidnap your new born child.

Talk about brothers under the skin!

When Constitutional Carry Activists in Wisconsin decided to meet at a local eatery in Madison two weeks ago they hardly realized they would re-enact a legendary protest from America’s not-so-recent past.

In some ways the response of Authorities to a challenge of the status quo is eerily unaffected by the change of time or location or subject. In some other ways the contemporary response is a drastic abandonment of American jurisprudence ideals (innocent until proven guilty for those who keep score.)

END_OF_DOCUMENT_TOKEN_TO_BE_REPLACED

Condolences to the family and friends of Joseph Sobran on their loss.

We are all poorer with his passing.

A true American, Mr. Sobran eloquently expressed a philosophy once widely understood and embraced by all people of clear mind and rational thought and now trampled under and nearly forgotten by all but a few.

END_OF_DOCUMENT_TOKEN_TO_BE_REPLACED

Okay, this is supposed to be humor- a funny rebuttal to people who challenge Global Warming Wackos and their thesis of Climate Change.

But seriously, can anyone imagine the reaction to a video made by the Pro-life community which suggested this type of solution to the Abortion Debate?