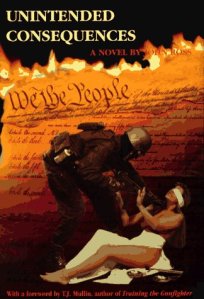 A dinnertime question arose: Any thoughts on the TSA Child Grope Clusterfoxtrot?

My answer: None I have not enumerated ad vomitus for most of my life.

Americans have been figuratively groped and raped by Government for decades.

Remember the pop culture question: “Do you see the glass half empty or half full?”

It is a first order trick question of the type Government Bureaucrats love to ask.

Most people would answer with: ” I am an optimist, I see the glass half full.”

Many would gleefully play the curmudgeon with: “I am definitely a pessimist, the glass is always half empty.”

A very, very tiny minority would answer: “I am a realist, objectively it is nothing more than a 12 ounce glass filled with 6 ounces of water. Any other answer is hopelessly subjective and emotionally oriented.”

Behold America defined in a nutshell- unable to pass the simplest pop culture quiz with grace and dignity. When offered choices but no options the citizenry will cheerfully play along with the misdirection and answer as expected instead as they properly should.

Consider another example: The IRS. What kind of Authoritarian nitwit demands to know the amount of cash or other wealth you possess and conjures up the fictitious notion of income the better to deprive you of 60 percent of your wealth (give or take a few decimal points)

What kind of bootlicker doormat endures such wickedness?

You may call it a kinder, gentler form of money laundering, I call it metaphorical rape.

Would you prefer to be searched by invisible pornographic pictures or endure an obnoxious physical grope? See? Choices but no options.

Suddenly everyone knows the objective answer: TSA Gropes are an unproductive outrage and have no objective merit.

But the response still remains limp and useless!

(I will stomp my foot, both of them, and hold my breath and turn blue in the face to make you stop or then you will be sorry.)

For a comparison between the bygone then and the current now consider the era of (Alcohol) Prohibition. Many a government agent was maimed or killed in their defense of the indefensible until the Oligarchy finally stopped the grand experiment.

Way, way back in 2008 I offered the example of an actual WWII Combat Officer who encountered his generation’s version of a corrupt TSA official.

Surprise. He achieved a positive outcome. Sovereign Citizenship works every time it is tried. But We, the People, must TRY.

If the American People are really fed up with the state of their government they must make their Overlords and Masters understand the depth of their passion. It may be unpleasant but it WILL be effective.

To threaten Cyanosis is, however, just laughably pathetic.