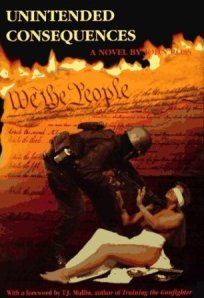 It matters not how many outrageous stories of isolated “bad apples” (See Only Ones File)in the nation’s law enforcement community grace the pages of this little blog there is always some more egregiously outrageous story in the pipeline.

Today come three reports from nearly opposite poles of the nation.

But now the entire DEPARTMENT of a major city is under Federal investigation!

Yes, the number of wrongful death settlements has reached such a peak Eric Holder’s Justice Department has decided to inquire into the circumstances.

It must be assumed this investigation is a serious inquiry and not a protective coverup for “Brothers of the Badge” a la Waco or Ruby Ridge.

Tantalizing Excerpt:
Hundreds of similar allegations and stories over the past several years have prompted the Justice Department to launch a federal investigation of the Newark Police Department, digging into claims that the force has treated Newark’s citizens discriminatorily, brutally and illegally.

“The investigation will examine allegations of excessive force, unconstitutional stops, searches and seizures, discriminatory policing on the basis of race, ethnicity, national origin, sexual orientation or gender identity, whether detainees confined to holding cells are subjected to unreasonable risk of harm, and whether officers retaliate against citizens who legally attempt to observe or record police activity,” said Perez in a statement on Monday.

Remember? A man’s home is his castle? From that dusty centuries old document? Not in Indiana! Not anymore! (Okay, discussion HERE, HERE and HERE)

If Police come to arrest you ILLEGALLY in your home you have no right to resist.

Nor are Police required to apply for a special “no knock” warrant to enter your home!

So now when armed men kick in your door and make outrageous demands and shoot your dog, you must just bend over and take it citizen for to do otherwise just “escalates the violence”

But Dickson said, “The wholesale abrogation of the historic right of a person to reasonably resist unlawful police entry into his dwelling is unwarranted and unnecessarily broad.”

This is the second major Indiana Supreme Court ruling this week involving police entry into a home.

In Arizona, a Pima County Death Squad murdered a retired Marine turned mineworker in his bed simply because they can. Unlike Ruby Ridge or Waco, they did not kill the women and children. Progress comes incrementally in the 21st Century, or maybe it was just a simple oversight.

“Mom, was my dad a bad guy?” four-year-old Joel Guerena plaintively asked his mother Vanessa after her husband, 26-year-old Jose, was killed in a withering barrage of gunfire during a SWAT invasion of their home. “They killed my dad! Police killed my dad! Why? What did my dad do?”

To the extent the question posed by that traumatized child dealt with a moral justification for the killing, a good and sufficient answer would be: “Nothing.” Jose Guerena was killed because he had the temerity to defend his family from a criminal assault carried out by armed strangers.

When the stormtroopers arrived shortly after 9:00 a.m. on May 5, Jose had just surrendered to well-earned slumber after working the graveyard shift at the nearby Asarco Mine.

Jose, a former Marine who served two combat tours abroad, had taken that job to provide for his young family after mustering out of the Corps.

Jose had devoted the last hours of his life to producing wealth.

Meanwhile, his killers were planning to lay siege to several homes in the neighborhood as part of the Regime’s Narcotics Price Support Program, the murderous charade sometimes called the “War on Drugs.”