Over at Pro Libertate William Norman Grigg brings his usual insightful analysis to the events of the past few days in Norway.

Roughly a decade ago, Al Pacino starred in a movie entitled S1m0ne, a cyber-era updating of the Pygmalion myth in which a film director creates an uncannily realistic digital actress. Despite the fact that “Simone” was a computer-rendered composite fantasy, the lustrous blond enchantress becomes a global pop culture sensation – a profitable illusion sustained through increasingly desperate acts of misdirection on the part of the director.

It’s tempting to think that accused Norwegian mass murderer Anders Breivik is a S1m0ne-style digital fantasy drawn to specifications provided by Morris Dees’ so-called Southern Poverty Law Center. Breivik used social networking sites to create a cyber-persona seemingly made to order for left-leaning “watchdog” groups. Available photographs depict the blond, stereotypically Nordic Breivik as if he were a dress-up doll, his face oddly unmarked and expressionless as he poses in a variety of guises – including Freemason garb and a scuba outfit.

In similar fashion, his recorded ideological pronouncements – the quotes attributed to him in the aftermath of the killing spree in Oslo and Utoya, and his bloated “manifesto” – could be the work of someone determined to embody every detail of the familiar caricature of the right-wing “hate criminal.”

Thanks to No Lawyers Only Guns And Money (CLICK LINK HERE)we learn our favorite Neville Chamberlain Professional Shooter-Doug Koenig-is alive and well at the National Shooting Sports Foundation where they continue to peddle the propaganda of Tax Payer supported ersatz gun safety with bicycle cable padlocks.

For the chiiiildren dontcha know?

It seems like only yesterday we covered this in a previous episode of JJH RKBA Commentary, remember?(CLICK LINK HERE)

In reality it has been a full three years.

So let us go through this ONE MORE TIME:

Did Firearms Guru Jeff Cooper EVER actually put an age limit on when children should handle firearms? (CLICK LINK HERE)

I seem to recall the occasional comment about the evils of weapon possession by inexperienced individuals and unreliable adults but never a blanket prohibition directed against all children regardless of their age, experience or mental maturity.

Mary Carpenter would certainly agree some children are more mature than others: (CLICK LINK HERE)

Not to mention the “When I was a kid testimonials” which reflect the experience and memories of adult writers before leviathan Nanny State regulations took control of every aspect of American life. CLICK LINK HERE

More important, has Doug Koenig ever crapped up one of his raceguns with some inane tax payer funded bicycle cable lock?

Inquiring minds want to know and all that!

Hat Tip to No Lawyers Only Guns And Money for the reminder to us all- RKBA is a 360 degree battlefield where people who should know better still do not blush when they regurgitate Sarah Brady Talking Points about Child Safety and Gun Control.

Coup d’état in Quartzsite, AZ *Only Ones Style*

Holy Mackerel! What in the world is this all about?

Short story long: a little tiny town in Arizona is some kind of enclave for an annual Recreational Vehicle conclave.

All goes well until the new Mayor discovers “eight or ten unnamed individuals receive checks from the town treasury EVERY YEAR” The alleged annual amount is upwards of $250,000 DOLLARS and has been a line item expense since 1991!

Suddenly, a secret meeting is held and THE POLICE CHIEF is named Ruling Majordomo by Council Majority as part of a State Of Emergency Declaration. The duly elected Mayor is locked out of city hall and no council member is available for comment.

WOW! Talk about a breach of Professional Conduct! Even if lawfully appointed, the Chief must resign his position as a Law Enforcement Officer and if unlawfully appointed the Chief is bound by his sworn oath to the Constitution to decline the Council’s offer.

Foster was elected in May 2010 on a campaign promise to investigate corruption allegations in the town.

He said since being in office, he has discovered that every pay period, eight to 10 paychecks go to unnamed people and that he has been denied access to financial records to find out where the money goes at every turn. 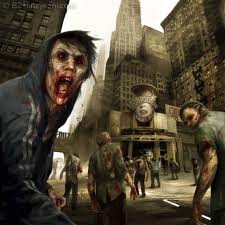 Apparently discontent with the Vancouver Hockey Riots extends well beyond taxpayers and the general populace right into the ranks of Police and Medical Personnel.

Today, two selections: one from a nurse and another from a patrol officer.

To you, it’s just a fight. To me, it’s the ER social worker looking for a teddybear to console a 4 year old girl because she just witnessed her dad get a broken nose as he was trying to get his daughter out of the hotzone.

You started “harmless” fires. You torched other men and women’s cars whom you’d never met and never did you wrong. You assaulted firemen as they arrived to try and deal with your “mistakes”. You took limited, valuable emergency resources away from good people who needed them. You endangered more lives by tying up emergency services than you ever considered.

You started fights. You stabbed people you’d never met because they somehow made you angry. You gave men and women trying to protect property life altering concussions. You brought paramedics into the tear gas and exhausted them trying to save people they’d never met.

Yes, these feral children were little better than their fictional counterparts.

For me zombies represent the mindless side of human nature. Whenever we watch news footage of a disaster Zombies run amok like Katrina or the riots in LA in the nineties, it looks like we’re watching a zombie film. So in a way zombies are a way for us to deal with the fear of society run amuck. Plus you can hack away at zombies with chainsaws and axes and it’s fun to watch. It would not be so fun if you went after a group of rioters with a chainsaw, for instance. That would just be weird and creepy.

Dear City of Vancouver and all its residents, Yes, this is me in the picture above. Yes, this is me in the 1:30-1:33 mark of this youtube video. I am not proud of my actions and have made a visit to the Vancouver Police Department, over the weekend to turn myself in.  This blog will serve as a public apology to those that I have offended with my actions, to clarify certain issues, and to address a few peripheral issues that I take as a concern. M … Read More

via Original version, before the edit of 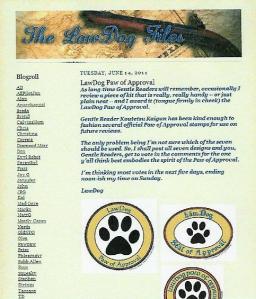 Behind on my mail again! In case you missed it, LawDog seeks input on the most appropriate LawDog PAW OF APPROVAL stamp for his personal use.

There is still time to vote. I do not want to prejudice the outcome, but the initials of my personal favorite are TOP LEFT.

You died defending my country.

Update on the Pima County SWATicide.

Nearly a month after Guerena’s killing, it’s still unclear whether the Marine had any ties to a cartel. But the absence of clear evidence means we must assume he was innocent. It’s equally unclear, at least to outsiders, precisely how the shooting went down and who’s to blame.

One thing is clear. With military-grade vehicles, armor, assault weapons and robots, the raid on Guerena’s home was all but indistinguishable from the kind of house-clearing operations U.S. forces perform every day in Iraq and Afghanistan. Guerena survived two tours in the desert only to perish in a military-style action in his own home. (Editorial Comment: Except in Iraq and Afghanistan Military Troops have strict rules of engagement which are noticeably absent from Law Enforcement Operations)

Our New Hampshire Liberty Friends offer us all this excellent short, sweet, to-the-point and memorable reminder of proper conduct during encounters of the Peace Officer kind…….

Pass along to everyone you know everywhere. 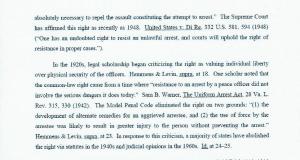 Someone should thank the Indiana Supreme Court for their absolute candor when they explained their decision to suspend the 4th Amendment to the United States Constitution in a recent decision-Barnes v. Indiana

It will not be me, of course, since I am of the opinion people so deeply marinated in the philosophy of the Bolshevik Left they are unaware of any other responsibility should be taken out and shot at dawn before a randomly assembled firing squad of passersby.

Rarely have our Overlords and Masters so clearly defined their philosophy to We, The Peasants, in such clear and plain English:

Justice Steven David writing for the court said if a police officer wants to enter a home for any reason or no reason at all, a homeowner cannot do anything to block the officer’s entry.

“In sum, we hold that [in] Indiana the right to reasonably resist an unlawful police entry into a home is no longer recognized under Indiana law.”

They were equally plain and clear as to the reason why: